Isabella Rivera-Gandulla is a ten year old from the central town of Caguas, Puerto Rico, and founder of Kids for Animals. Isabella’s passions are helping stray animals and children, playing chess, acting and playing soccer. She thinks that if you don’t live a life in which you help others and leave a positive mark, you are wasting your talents. We are so excited to have Isabella as one of our featured role models in our upcoming Wonder Crate box and to be able to ask her some questions about how she is thinking BIG and making a positive impact.

What positive impact do you hope to have in the world?

I do not want to see any stray animals abandoned in the streets. Everyone should have a place to call home and be happy. I hope that through Kids for Animals presentations I can teach everyone to respect animals and to be responsible pet owners. I wish that after each Kids For Animals presentation kids leave the room knowledgeable and feel empowered to go and teach others what they learned and tell everyone that both animals and people deserve to live happy lives.

What steps have you made towards your goal?

In 2015 (when I was 7), I told my parents that I had seen enough stray animals dead on the streets and I created a program called “Kids for Animals”. Kids for Animals is a program dedicated to teaching children about animal welfare and how to treat animals with love and respect. It teaches them about the importance of spay and neuter and adoption programs to reduce the stray animal population. During its first year, over 4,000 children participated and more than 5,000 pounds of pet food were distributed amongst the local animal sanctuaries and rescue organizations.

Because of Kids for Animals, I had the honor of meeting Dr. Jane Goodall and in April 2015 Kids for Animals received the Roots and Shoots Project of the Month. That was the first time that Puerto Rico received such an honor.

During the last years Kids for Animals has continued to educate children in schools in Puerto Rico, and Orlando, Fl, and kids from countries like, Venezuela, Spain, Mexico and Argentina have participated in Kids for Animals or shown their support.

It is estimated that since 2015, close to 12,000 children have participated in Kids for Animals programs and over 10,000 pounds of pet food have been distributed amongst animal shelters. I visited schools, colleges, summer camps, churches, malls etc. to continue educating.

I also joined special government committees to help develop and pass laws regarding animal welfare in the island. This year alone we were able to have the first ever massive free spay and neuter clinic, which will last 18 months. Also, the Puerto Rico Department of Education announced it will include a mandatory pet care education curriculum in all public schools incorporating parts of the Kids For Animals presentations. These laws have taken years to become a reality, and they are a group effort of many other animal welfare groups, but I learned that I have a voice, that kids have a voice and that together we can accomplish our goals.

What top 3 internal skills have you used along the way?

Persistence: I believe that children can make a difference and we need adults who believe in us. When I told people that we needed a massive spay and neuter program at first everyone said it was too expensive but I kept trying and I kept asking. I wrote letters, went to meetings and told everyone that we will never be able to control the population without this program. I even had a meeting with the governor and he himself told me, “We listened, we signed the bill, we will have the free spay and neuter program.”

Confidence: I could never give my presentations to older kids, like college students, speak up to government officials or in front of cameras during interviews without believing that what I had to say was important and that we the children are the solution to the animal abuse problem in Puerto Rico. I believe in myself and I know that even one child can make a difference.

Good communication: In order to take my message of no animal abuse to a broad audience I needed to learn how to say things in a way in which people from all backgrounds could understand me or all my efforts would be lost. My main message is treat animals with respect. Knowing my main message together with lots of preparation before each presentation helps me be the voice of those who have no voice.

Sign up for our newsletter to learn more about Isabella, meet other kids thinking BIG and making a difference and discover how your child can use their strengths to make an impact. 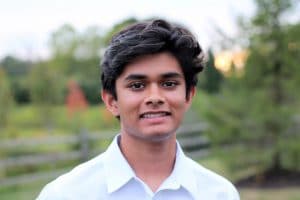 At just 16 years of age, Neil created an app called PlantumAI to help farmers in developing countries identify and treat crop disease. Neil was inspired during a 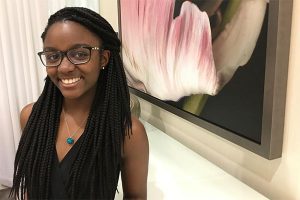 Grace Callwood founded The We Cancerve Movement, a non-profit that creates ways for youth to help other children who are homeless, sick, and in foster 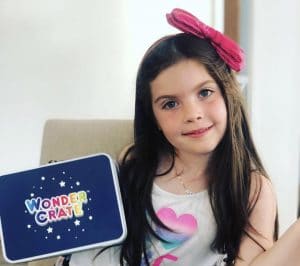 At just five-years-old, Chloe Snyder is the CEO and face of GIVE BACK BAGS, and has been called the “Youngest Philanthropist in the World!” Since Chloe